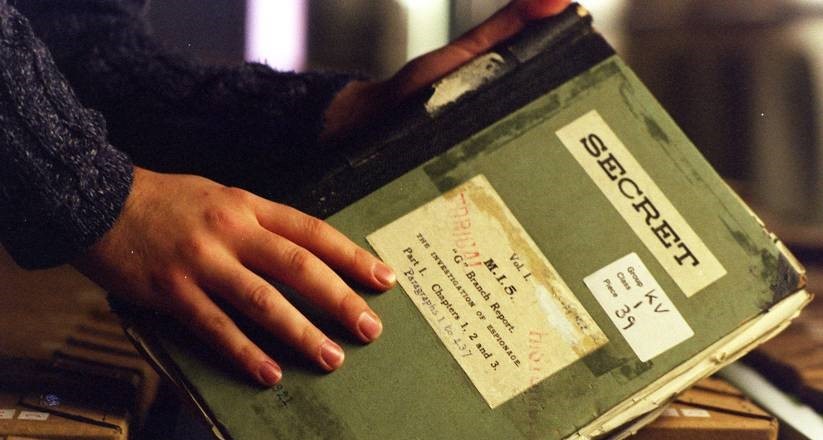 The threat from hostile intelligence services to commercial organisations

Recent events in Afghanistan and the long term implications, in terms of international terrorism, have somewhat overshadowed some other news stories. These include the arrest of a security officer from the British Embassy in Berlin due to his suspected relationship with the Russian intelligence services and the extent to which China has increased its influence and access to institutions within Cambridge and other UK universities; the latter in the wake of revelations regarding Chinese use of Linked In and other social media platforms to target and cultivate US and UK scientific and technical experts.

These events raise the question ‘to what extent do hostile intelligence services threaten western scientific, technical and commercial interests’ It’s no secret that the Russian Intelligence services have in recent years become more aggressive in terms of their operations in the West, attempting to influence election outcomes and the apparent assassination, through the use of poison, by the GRU of a Russian defector in the UK.

Concerns exists regarding the Chinese company Huawei and its potential involvement in sensitive telecommunications projects in the UK and the growth in Chinese students studying higher degrees in science and engineering, some of whom will have been co-opted by the Chinese intelligence service. It’s worth noting that in China it’s a legal obligation for citizens to co-operate with these services if they are approached.

The truth of the matter is that the enduring threat to western interests from hostile intelligence services has never gone away and, if anything, it has increased in recent times. While political and military intelligence gathering remains important, the gathering of scientific, technical, and commercial intelligence is seen as a priority by states such as Russia and China in order to accelerate their own R&D programmes and gain economic advantage in the global economy.

The extent to which this is a concern to individual commercial organisations depends on the nature of your business, not all will be affected.  However, if your activities involve cutting edge science and technology or large overseas contracts then the threat is very real. Understanding that threat and ensuring your employees and contractors are aware of it is therefore important.

There is an old adage that ‘there are friendly states but no friendly intelligence services’ and most are opportunistic and aggressive in their operations – it’s in their organisational DNA. China and Russia lead the way and have global reach but there are other players too, so what factors need to be considered?

Firstly, hostile services can actively target visitors to their country or allied states. China being a prime example and for anyone visiting who may be of intelligence interest, China should be considered a hostile environment, as should Russia. However, the threat does not end there. Such services may target employees visiting other third countries or even when at home. The growth of social media has made it much easier for them to remotely acquire personal details and make online contact with potential targets without any direct physical contact.

Secondly, the assumption that the primary threat comes from traditional espionage, the use of intelligence officers under official cover in embassies and consulates as diplomats or defence attaches is outmoded. Other so called natural cover operations are far more prevalent. These involve the use of false identities or cover companies, often online:  Intelligence Officers posing as businessmen, consultants, academics, or journalists. Approaches may be disguised as potential offers of employment or well-paid and confidential consultancy work. Another common ploy is to invite targets to participate in conferences or seminars with all expenses paid and perhaps with a lucrative speaker’s fee thrown in. The permutations are endless.

Many employees will be understandably naïve about such approaches and consider state espionage to be purely the stuff of movies. This is understandably so, if they have not been made aware of the true nature and realities of the threat, as well as the methods used to target and cultivate potential sources.

They may be equally naïve as to the importance of not only overtly sensitive information but seemingly innocuous detail, what is known as operational intelligence or Opint. This may include organisation charts, email addresses, telephone numbers, personal details relating to present or past employees. Such information can be used to develop a better understanding of the organisation being targeted and to identify key personnel who can be approached.

So, what should organisations do to counter this threat?

Firstly, establish whether your organisation may be of interest and, if so, who might target you. What information may they seek to acquire? Technical data or details of tenders and contracts?

Secondly, staff awareness – do they understand the reality of the threat and types of approaches and methods that may be used and do they manage their social media accordingly. We, for instance, provide Hostile Intelligence Awareness Training (HIAT) packages in person and via webinars for client’s key personnel who may be vulnerable.

Thirdly, consider your overseas travel footprint.  Where do your employees travel, and could they be vulnerable while away?  Do they carry sensitive data and devices and how are these secured to avoid any compromise? Are they briefed on the possibility of direct approaches or cultivation – that apparently friendly chance encounter on the aeroplane or at the hotel bar or the over-friendly and inquisitive local guide or translator or even the use of traditional honeytraps, a tactic still employed by the Russians and the Chinese.

If your employees will be attending high profile conferences or exhibitions, the threat is all the greater. Such events are hotspots for intelligence gatherers as they can more easily gain access to equipment and information as well as gain direct access to delegates of interest.

As I said previously, this particular threat does not apply to all organisations, but for those who for whatever reason it does, need to take it seriously in order to protect the integrity of their employees and the organisation’s wellbeing. Although not the subject of this article the threat of purely commercial espionage is real too and any measures taken will help protect your organisation from this secondary threat as well.

For further guidance on how we can help you assess and counter the hostile intelligence threat and our HIAT training services contact us at info@edsontiger.com.