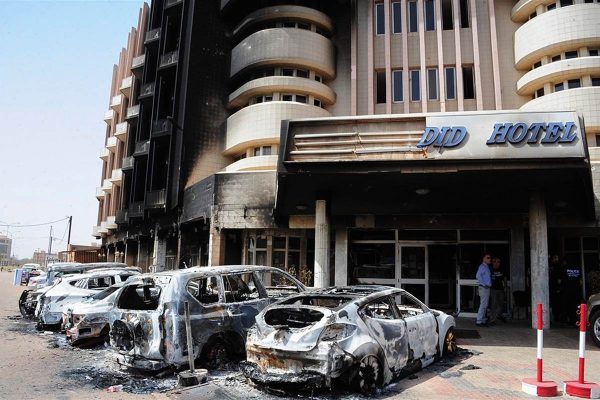 The Terrorist Threat to International Hotels

We are often asked about hotel selection and occasionally room selection too. Where we choose to stay is of course a key decision when planning an overseas trip. Thefts from hotel rooms account for one third of all travel insurance loss claims and poor food hygiene in hotel kitchens is a major cause of illness while travelling.

Then of course there is the issue of terrorism. Complex attacks on hotels are relatively rare but on the increase. Since 2002 there have been over 50 resulting in more than 1,000 casualties across 19 countries. Those affected include Afghanistan, Pakistan, Iraq and Somalia as one would expect, but also Thailand with 7 attacks and Indonesia with 5. The list also includes Kenya, the Philippines, Egypt and of course Tunisia where 30 UK nationals were killed.

There were 19 such attacks across the African continent alone. Hence the threat is not limited to high threat locations but to medium level, complex environments too.

Having studied these attacks some common characteristics can be identified:

Time of day: attacks are more likely to take place in the early morning or early evening when the lobby and public areas of the hotel are at their busiest as guests check in and out and populate the restaurants and bars.

The main assault is often pre-empted by a shaping event; an initial attack designed to distract security and cause general confusion. This is often an IED. The main assault follows, a marauding terrorist firearms attack by one or more gunmen sometimes operating in pairs.

Direction of attack: this is often the main entrance then on into the public areas on the ground floor where the maximum number of casualties can be inflicted. The attackers then move up through the building and onto the accommodation floors.

They then attempt to gain access to individual rooms by persuading those hiding behind locked doors to come out claiming to be room service, hotel staff or security.

Duration of the attack: this can be lengthy as the security forces in many countries are ill equipped and not adequately trained to deal with such an event, so they often develop into long drawn out affairs lasting many hours or even days. The Taj Hotel in Mumbai was under siege for 72 hours in all.

So, what does all this mean for the international business traveller?

Well, firstly, when travelling to such destinations, hotel selection is important and should no longer be based on the size of the pool or the bar menu but also on security. Key factors are its general location and the local security environment, perimeter security and vehicle controls. Then look at the internal measures, front of house security and controlled access to the accommodation floors.

Room selection is another consideration. If you can state a preference, and most people don’t, you’ll probably get what you want. Ask for a room on floors 3 to 6, not too far from an emergency exit which takes you out of the building but away from the main entrance.

On arrival check the security features in your room then orientate yourself to the hotel. Identify all the potential escape routes and exit points, not only from your room but from other key locations in the hotel that you might use. If staying with a party, try to be located on the same floor if possible and have an evacuation route mapped out, at least in your head.

At night before going to sleep pack your key personal items away and leave some clothes and shoes ready by your bed so you can make a quick getaway if you have to; not only in the case of an attack but also if there is a fire or some other form of emergency.

Experience suggests that some basic research followed by simple planning and preparation can make all the difference and help keep you safe.  To find out more contact us at info@edsontiger.com